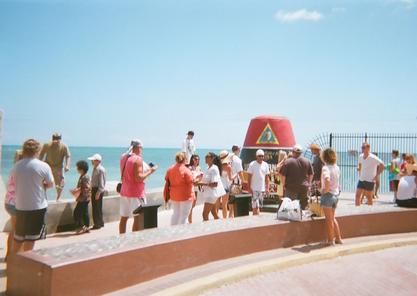 The second most popular is this shot of the southern most terminus of the Florida Keys Scenic Byway.  Barb and I have travelled this route, once.  It includes such notable scenic wonders as the seven mile bridge over the Atlantic Ocean and numerous unique coral islands that make up the Florida Keys.  The only problem: if there is an accident or an event like the marathon out of Marathon there is no alternate route.  You have to be patient and WAIT until the accident is cleared or the event finishes.  The real alternate was learned from the birds: fly right into Key West!

So, my question of the day is, “what’s the southern most point on the Mohawk Towpath Byway?”